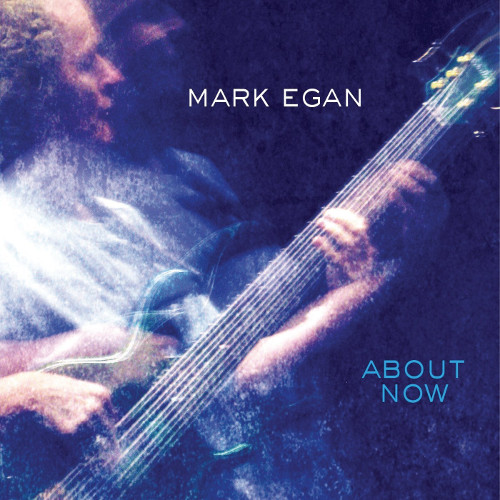 The nine stellar original instrumental jazz compositions contain that rare combination of master musicianship and creative soloing from some of the most influential contemporary improvising musicians.

This Music is dedicated to my mother, Barbara
-Mark Egan

Special thanks to Danny and Mitchel for their inspiring music. 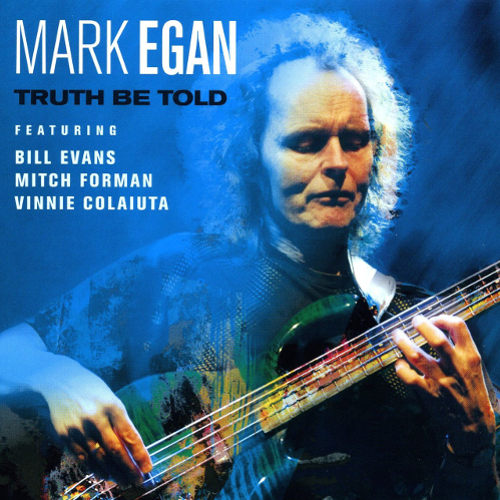 Truth Be Told is a musical concept that I have been dreaming about since my last trio record, As We Speak. This is all about the groove and interplay of a quartet

The idea for this recording project was to compose music for a larger super-group comprised of some of the best players in the world in a setting that would feature these incredible improvisers while at the same time allowing me to function as both a supportive rhythm section player and a soloist. I was fortunate to be able to assemble Bill Evans, Mitch Forman, Vinnie Colaiuta and Roger Squitero for this project. We are all great friends and have played together at various times over the past twenty-eight years however have never performed as a group until this recording.

Everything came together and everyone contributed 1,000 percent. Not only was it some of the most intense music that I have played but I have never had so much fun doing it. We recorded 11 songs in 3 days at Avatar Studios in New York, engineered by Phil Magnotti. I hope you enjoy it as much as we enjoyed recording the music.

All songs composed and arranged by Mark Egan
Published by Azal Music, BMI

Special Thanks to:
Bill, Mitch, Vinnie and Roger for their inspiring contributions. They have the depth and magic that makes the music always come alive. Bill Evans for his friendship, constant inspiration and for having me as a member of his group which tours all over the world with the greatest players on the planet. Jeff Ciampa for his friendship, inspiration and the chord voicings on the Frog Legs A section 5th and 6th measures. Also many thanks to Joachim Becker and BHM Records, Tino Passante and all at Avatar Studios.

Extra special love and thanks to my wife Connie for her constant love, inspiration and support. She is the beacon of my life. 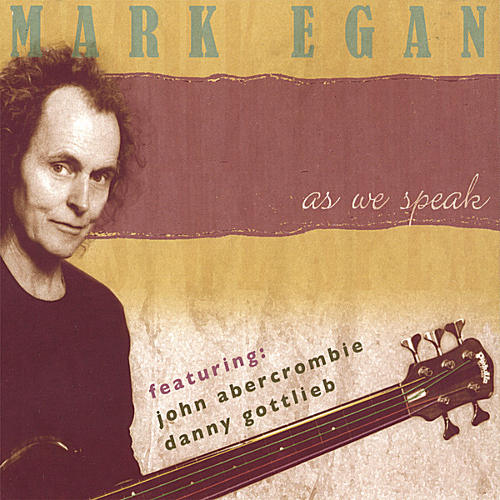 I’ve always enjoyed the freedom and communication of playing in a trio environment. Ever since my early musical experiences in junior high school plain gin a trio with drums, accordion, and my first instrument, trumpet. I’ve always been intrigued by the amount of music that can be created by three people. In high school some of the trios that influenced me were Cream and The Jimi Hendrix Experience. I’ll never forget seeing Jimi Hendrix live in Rhode Island when the band was at their peak.

As a bassist studying music at the University of Miami in Florida I became exposed to the entire jazz movement with guidance from jazz mentors Jerry Coker, Whit Sidner and Ira Sullivan. I became infatuated with the music of Miles Davis, John Coltrane and Charlie Parker as well as trios led by Bill Evans, Wynton Kelly, Oscar Peterson and many others. It is the depth of communication through the language of improvisation in Jazz that contuse to inside me to listen, play, compose and practice.

“As We Speak” is a trio project that has long been in the making. I wanted to capture both an intimate and progressive side of my playing and composing in a creative trio setting. Long time friend and master drummer Danny Gottlieb was the perfect choice since we’ve played together with our group Elements as well as numerous ensembles for over thirty-five years. I’ve always been a huge fan of guitarist John Abercrombie and am honored to have him join Danny and I on this recording. Danny and John are some of the greatest contemporary improvising musicians of our time and playing with them was inspiring experience.

All of the music was recorded in two days by two great friends at Electric Fields Studio, engineered by Jeff Ciampa and mixed by Richard Brownstein
– Mark Egan

Mark Egan and I have been playing together all of my musical life. We first me in 1971 at the University of Miami, and I was going to write that we have played on hundreds of projects together. But, at this point, the reality is that it is THOUSANDS of projects: Elements, Pat Metheny Group, Gil Evans, Sting, Bill Evans, Michael Franks, Manhattan Transfer, George Gruntz, Larry Coryell, Joe Beck, Jeff Ciampa, Lew Soloff, the list is endless. Mark is without a doubt one of the greatest, most musical bassists in the history of the instrument and I am so proud that he has asked me to participate in this historic recording!

John Abercrombie is one of my musical heroes, and from a drummer’s stand point, is one of the most amazing people in the world with whom to play. Like Mark, he’s an unbelievably sensitive musician, capable of allowing the music to flow in so many different directions. I mention that this recording is historical for two reasons: One; This special combination has never recorded as a trio before, (and it’s been love overdue), and secondly, because Mark, in this recording, is finally featured in a lead role. His playing is absolutely magical, and he firmly illustrates why he is considered one of the greats!!! I hope you, the listeners, will enjoy this recording as much as we enjoyed recording it! –Danny Gottlieb

Thanks to my family and friends:

Special thanks to:
Danny and John for their inspiring playing. They have the depth and magic that makes the music always come alive. Jeff Ciampa for his friendship and great talent as both musician and engineer. Richard Brownstein whose incredible talent always makes the music sound great!

Extra special thanks to my wife Connie for her constant love, inspiration and support. 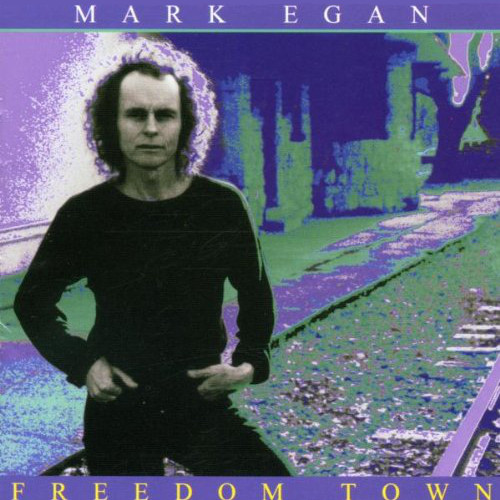 My deepest gratitude to the musicians: Danny Gottlieb, Clifford Carter, Lew Soloff, Bill Evans, David Charles, Jeff Ciampa and Jon Werking for their contributions and friendship. They have the depth and magic that makes the music always come alive.

This solo project has been in the making for a long time and Bill Evans, my great friend, recently motivated me to get it in gear and finally complete it. Thank you to Bill “Vans” for pushing and inspiring me.

Special thanks to Richard Brownstein who has an incredible talent for always making the music sound great.

Extra special thanks to Connie Petersen for her love and Support.

This Music is dedicated to my Mother and Father 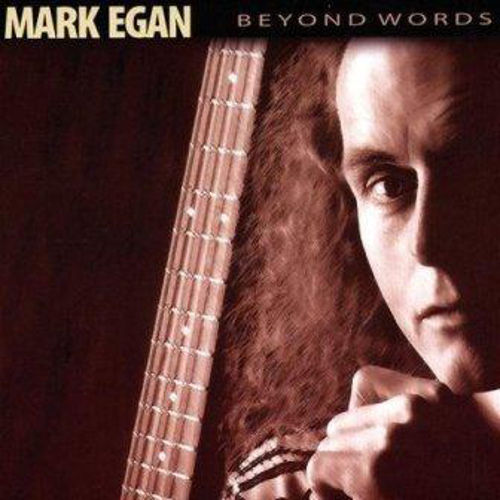 This music was original inspired by a duo session I had with Toninho Horta in New York City in the summer of 1990. I’ve always been a big fan of Toninho’s music, and Brazilian music in general. I started composing with this direction in mind, combining more ambient and rhythmic grooves as well as songs from Toninho, to create a backdrop for all the great musicians who joined me on this project. Thanks to all of you for your great musical spirits and contributions.

All arrangements are by Mark Egan except “After the Rain” by Mark Egan, Steve Khan and Dave Liebman.

A Touch of Light 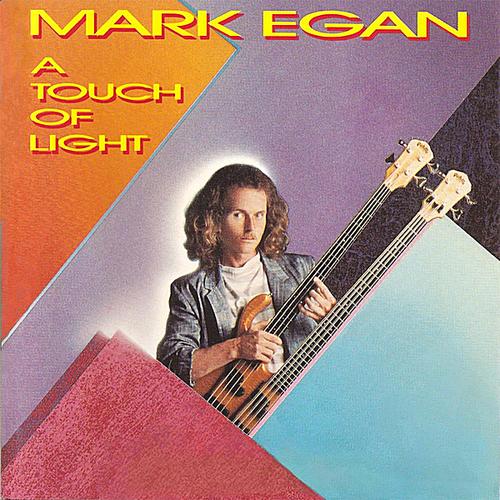 Extra Special Thanks to:
Steve, Danny, Clifford, Mitch and Manolo for helping make these dreams audible.