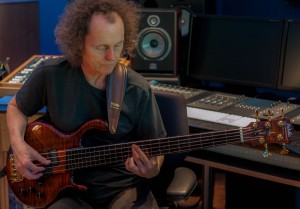 with a limited edition reissue

of the Mark Egan Signature Model.

You can read the press release here. (PDF)

I first met Michael Pedulla in 1977 at his shop in Massachusetts.

I had brought him my fretless Fender 1964 Jazz bass to have a finish put on the fingerboard during the few days off that I had during the four years while playing with the Pat Metheny Group.

It was during that time that he started designing fretless basses.

After leaving the Pat Metheny Group in 1980 I was looking for another fretless bass and got back in touch with Michael to see how the fretless basses were evolving. It was in 1981 that I bought my first M.V. Pedulla fretless Buzz Bass #236 and I’ve been playing Pedulla basses ever since then. I’ve recorded many albums with this bass with artists including: Arcadia, Sting, Joan Osborne, Marc Cohen, Michael Franks, Richie Havens, my earlier solo albums, my recordings with Elements and many movie soundtracks and commercials as a studio musician in New York.

Since then I’ve been working closely with Michael Pedulla on developing a variety of basses. The main basses that I play today are my 5-string fretted and fretless M.V. Pedulla Mark Egan Signature Buzz basses.

He has also designed an 8-string fretless and double neck basses with 8 string fretted and 4 string fretless necks. All of these Pedulla basses are featured on my solo recordings as well as with the group that I co lead with Danny Gottlieb, Elements, and various artists worldwide.

I use them because they sound and play great. The necks are very comfortable to play and very even sounding from string to string. The fretless basses have great sustain, due to the acrylic finish on the fingerboard, are punchy and have great clarity for each note over the entire neck.

They have become the medium for my expression in music. 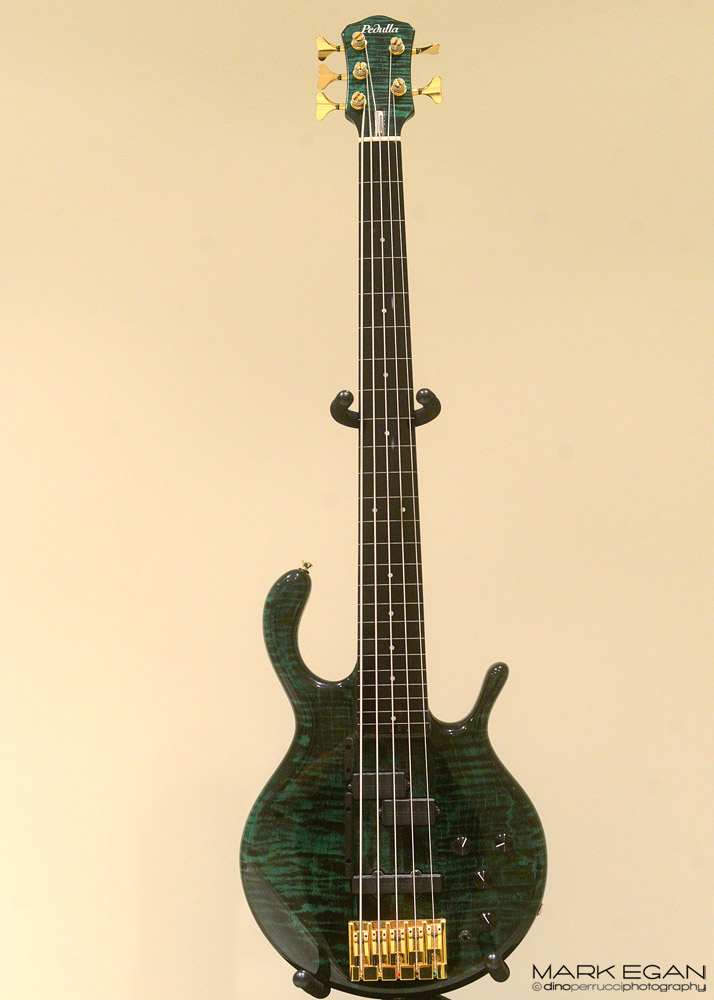 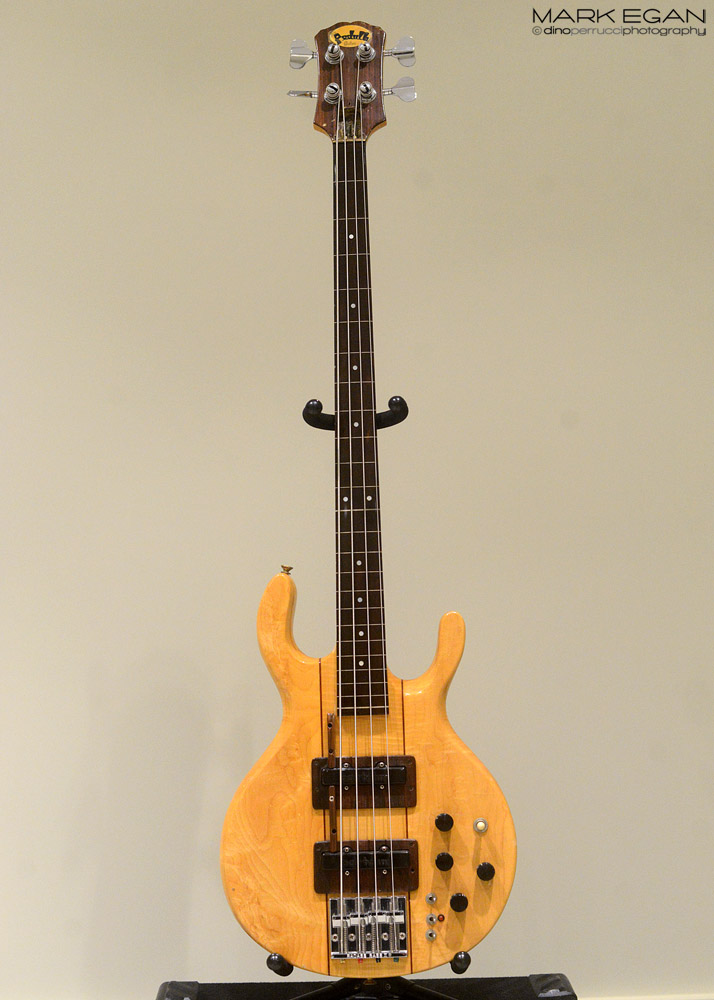 This is my first Pedulla 4-string fretless bass from 1981 and I’ve played this on many recordings since then. It has great bottom, punch and clarity and was my go to fretless from 1981-1994. I’ve recorded on hundreds of records, movies and jingles with this bass.

This Pedulla Bass has been used on recordings with: Arcadia, Sophie B. Hawkins, Marc Cohen, Jim Hall, Bill Evans, Gil Evans and my solo recordings: Mosaic, A Touch Of Light, Beyond Words as well as the Elements records: Elements, Forward Motion, Blown Away, Illumination, Liberal Arts, and Spirit River.

It’s a total gem of an instrument!

The M.V. Pedulla Double Neck Mark Egan Signature has 4-string fretless and 8-string fretted necks. It was designed by Michael Pedulla for me to be played with our group Elements as well as solo concerts. It has inspired many compositions and live jams.

I recorded this on my solo records: Mosaic, A Touch of Light, Beyond Words and Freedom Town and About Now. It has also been recorded on most of the Elements records for melodies and textures.

There is a universe of sound in this instrument. 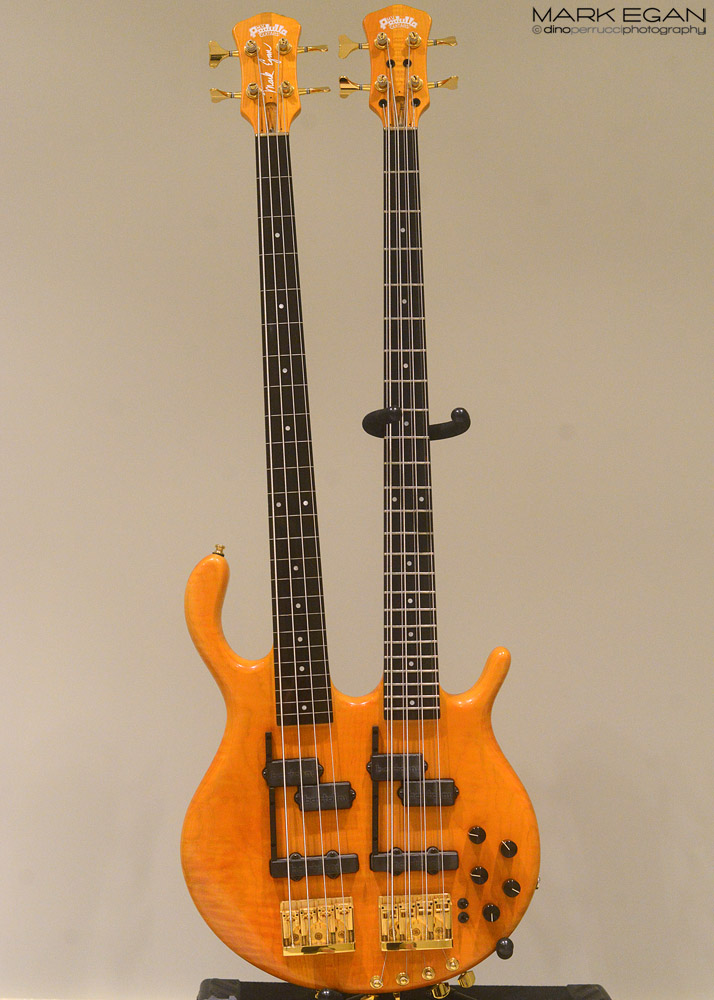 This is a newer version of the original 8 string fretless. This version has a PJ pickup configuration that gives it a warmer midrange sound as well as a punchier sound if only using the back pickup.

I use it when I need a warm distinctive fretless melody sound. I used it on my most recent solo recording, About Now. Another truly inspiring instrument! 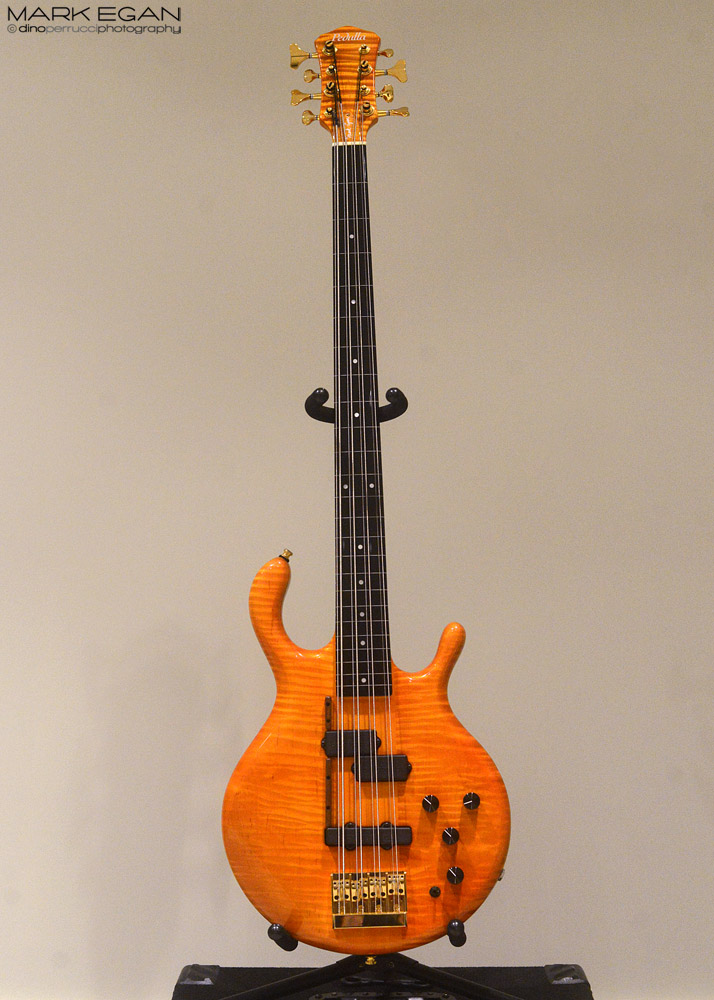 This is my first 8 string fretless and it inspired many compositions that I’ve written for Elements and my solo recordings. It has a very distinctive sound since each string is doubled and octave apart. The fingerboard has an acrylic finish that gives the instrument a lot of sustain which makes it great for melodies and soloing.

I’ve recorded and continue to record numerous recordings with this bass. Some featured recordings are my solo records: Mosaic, Touch of Light, Beyond Words, Freedom Town and Truth Be Told. It’s also used extensively on our Elements recordings: Elements, Forward Motion, Illumination and Spirit River. 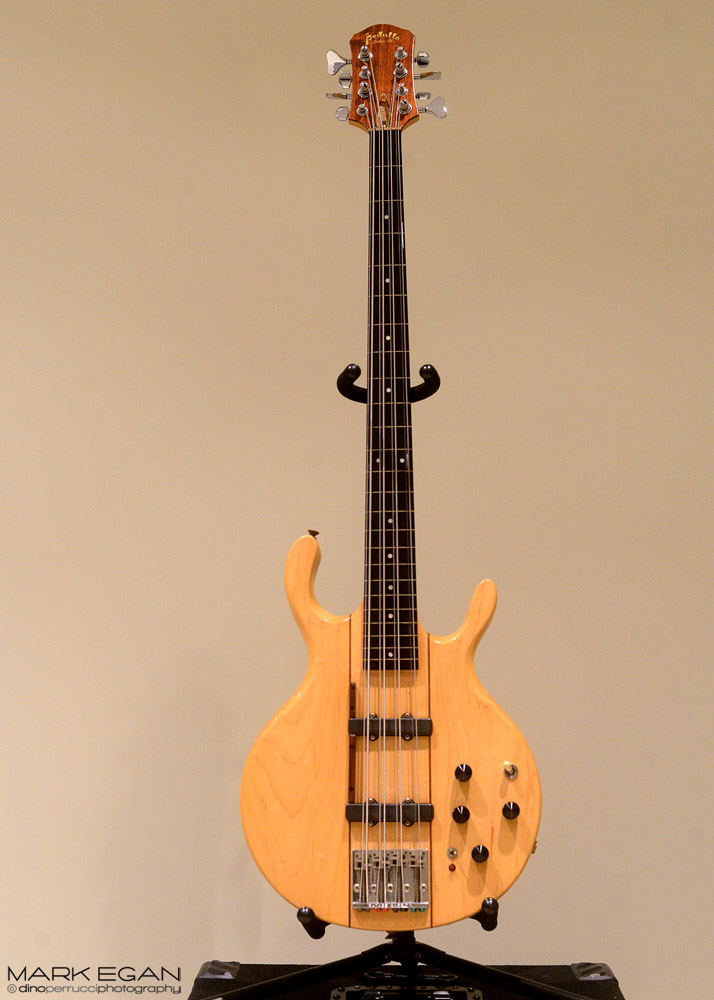 This bass sounds amazing! It is the vintage Fender sound and feel. I had the artwork painted on and replaced the noisy original pickups with Seymour Duncan ¼ pounder J bass pickups, Shaller tuners and a brass nut and Badass Bridge. I found this bass at a flea market in Miami, FL in the early seventies and paid $100 for it!

I’ve also recorded on hundreds of projects with this bass and continue to use it for groove recordings where a real fender sound is needed. I played this with: Sting’s Nothing Like the Sun, Joan Osborne – Relish, Little Wild – One, Arcadia – So Red The Rose and many of our Elements recordings.

This is my main studio bass for New York Session work from the mid 1970’s until now. When a classic fender sound is called for, this is the bass. I also had the frets taken out briefly in 1977 and used it with the Pat Metheny Group as a fretless. Shortly after the Austin City Limits show (see video below) in 1977 I had it re-fretted. 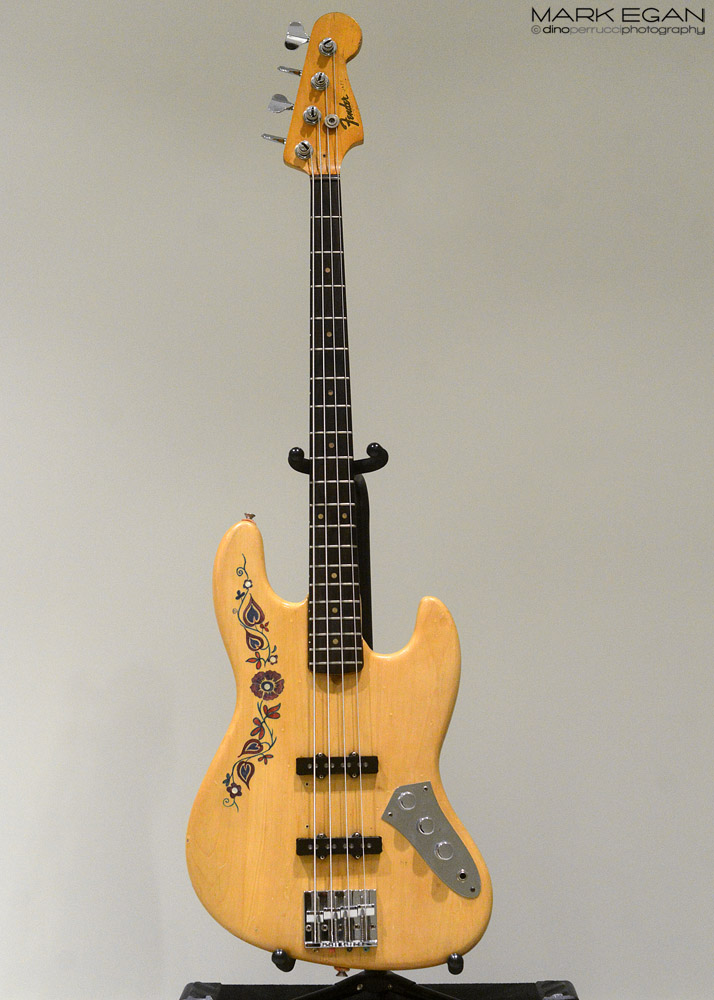 This has a rich acoustic sound as well as a very good direct sound through the Piezo pickup in the bridge.

I mostly use it for practicing and composing. It’s nice to be able to just sit down with an acoustical instrument and play without having to “Plug In”. It makes things more simple and easier to get into a creative groove.

It has been discontinued by Cort. 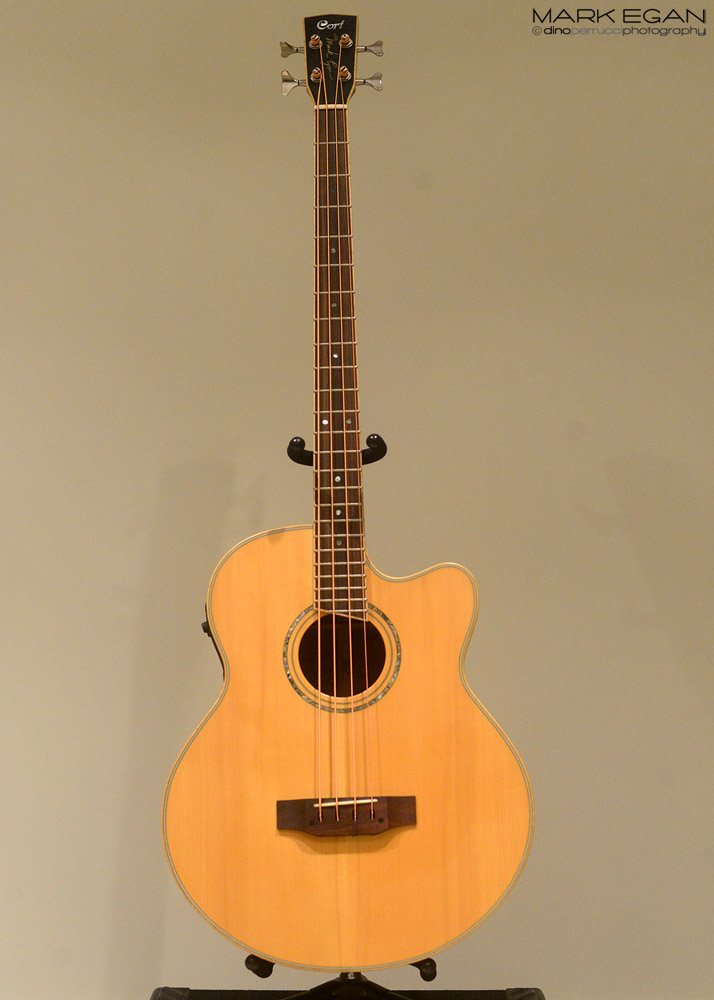